About Me My Journey 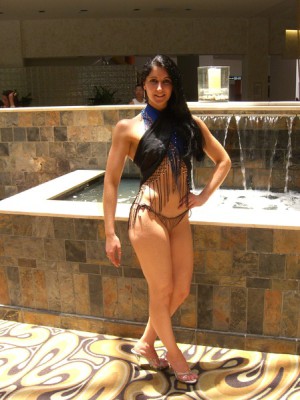 Welcome to my new and improved website, which I hope will give you an insight into the weird and wonderful world which is my life.

The website will give you a deeper understanding as to who I really am, a ~Bodybuilding/Figure athlete and a model.

The new website is a small token to show my appreciation for all the support my fans have given to me and is in response to all their kind and appreciative emails. Merci Beaucoup!!

For those of you who don’t really know me:

I am a 40 years old French half Italian athlete living in the UK. I have been living in this country for the past 22 years, I came over here on my own at a young age of 17. I wanted to fly with my own wings and so I did. I started training 17 years ago, but this love for this sport really started as a child. My biggest inspiration has to be my dad! He was himself a bodybuilder in his young age and decided to concentrate his life to his family so he never competed but he kept his steady training regime. As I grew older I remember going for a run with him, I was only 7 but it was so much fun, we would go in the countryside he would run and i would cycle and then i remember us stopping along the river stretching getting ready to workout some abs! And there i was at 7 years old crunching my abs best i could so i could be like DADDY.....

So it was only natural for me to join a gym and start training properly. My love for this sport has done nothing but increasing over the years and i cannot stress enough how important it has become.

I have gone through a lot of very difficult time in my life and i know that if it was not for this sport I would have lost my marbles many many times and this sport has kind of saved my life too!!

Its strange how i can chill out in the gym when other people may find this environment stressfull and aggressive. For me its like a paradise on earth where i can be myself, where i feel comfortable, no shyness, no scare, i am myself, i am in MY WORLD!

2002 was my debut year competing and what a year it was!

I wasn’t too scared my first time on stage, I was only concerned about how good or bad I would look. As I saw the other athletes I knew straight away that this competition was going to be tough! I guess at the time I wasn't too sure which category I should compete in so I picked the bodybuilding and went on to do the NABBA south east show. Well needless to say i felt pretty small next to some ladies but hey that was my 1st ever competition. I placed 5th i believe and went home with my cup....I was so happy!

The critics of this show had been kind to me and I could read “ Cindy Gaillard Tall and very pretty” !!!!

Yep tall and pretty thats the critics comments on my performance that day, i still laugh about it.  Well the years have gone by and I have entered many championship including the French Natural bodybuilding championship in 2004 / 2008 both of those championship I was a finalist. I also did the NABBA, EFBB, FAME TOURS and the very well known MUSCLEMANIA Championship in the USA.

I went on to do the Musclemania Universe in Miami in June 2010 in the Figure category and that was a show! what I would call a proper american Show: 500 beautiful athletes from all around the world WOWWW !!!

I have to say they did a great job organising it and dealing with all of us, god what a job! So Miami was my 1s tAmerican championship and I wasn’t really sure as to what they were looking for shape wise. You always have the guidelines but we all know that judges from one country to another have very different criteria so it was not a surprise to see voluptuous women turning up. The Costa Rican team and the Guatemalean team where beautiful and looked so perfect !

I placed 18th in the Figure category and didn’t stop there. I went to Las Vegas in Nov 2010 and entered the Musclemania World championship and finally got what i wanted. I entered 2 category – Figure and Bodybuilding –

Finally I was gona compete against the big and strong American athletes. When i saw them arriving, pumping up backstage, there muscles hard and strong I thought to myself “Cindy don’t worry just go on stage have fun and go home!!!” loool! I just couldn’t believe how big they were and how lean, you could see every muscles, every vein, every everything!! So i went on stage and competed against all those Americans, I didn’t feel any less strong I actually felt better. I had nothing to loose, I knew it would be hard to beat them but I gave everything i had.........I had FUN!

So i was shocked on my return to London to see on the official website the results of the championship. We left without knowing how we scored, they only gave the TOP5 so all of us who didn’t place TOP5 had to wait until the results were out.

I just couldn’t believe it I HAD MADE IT TO THE TOP10 in America in my category, I placed 9th and to me that was an amazing performance! I had managed with my small frame and natural muscles to beat a few americans!!!!!!!!!

On the 04th Sept 2011 I entered the Musclemania Europe and placed 3rd in the Figure category and 4th in the Bikini category.

But most importantly I went back, I did not give up, in 2012 I entered the Musclemania World championship in Las Vegas, USA. I was eager to succeed and be the best I could ever be and I DID, I placed 6th in Bodybuilding which is to date for me my biggest achievement! I was so happy, it was a bitter happiness but only because I missed the TOP5 by only 2.7 points !!

Other nearly 11 years of competitions I have seen so many athletes and I have had to face so many judges but what I have come to realise is that no matter how you class at the end of the day we are all winners because to have the strength to go through so much training and dieting and to have the guts to go on stage in front of hundreds if not thousands of people, with the live TV cameras on, i think we all deserve to be winners!  I love my sport, I love to work out my muscles, I do love to flex them (yes in my bedroom almost everyday not to check if i am beautiful no but just to make sure my muscles are still here! ). This journey has been full of joy and difficulties, I have faced deceptions and great happiness on stage, I went home empty handed and at times I went home with the most beautiful rewards but I cannot say how it feels to be on stage and to share a moment with other bodybuilder. We work so hard all year round to achieve a certain perfection that is our perfection to then go on stage hoping that all the work we’ve done will eventually be recognised; sometimes it is and sometimes it isn’t but what we must carry on doing is training hard to come back a year later better, stronger and ready to win!

After giving birth now to my 2 beautiful children I am intending to train harder than ever, to get back in shape, to get better, stronger and to be stage ready very soon. Like I always say....I'LL BE BACK!

You have installed an adblocker. This Web App can only be displayed and edited correctly when the adblocker is disabled. 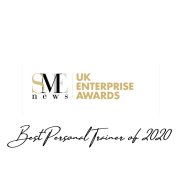